A National Commission for a Patriotic Education 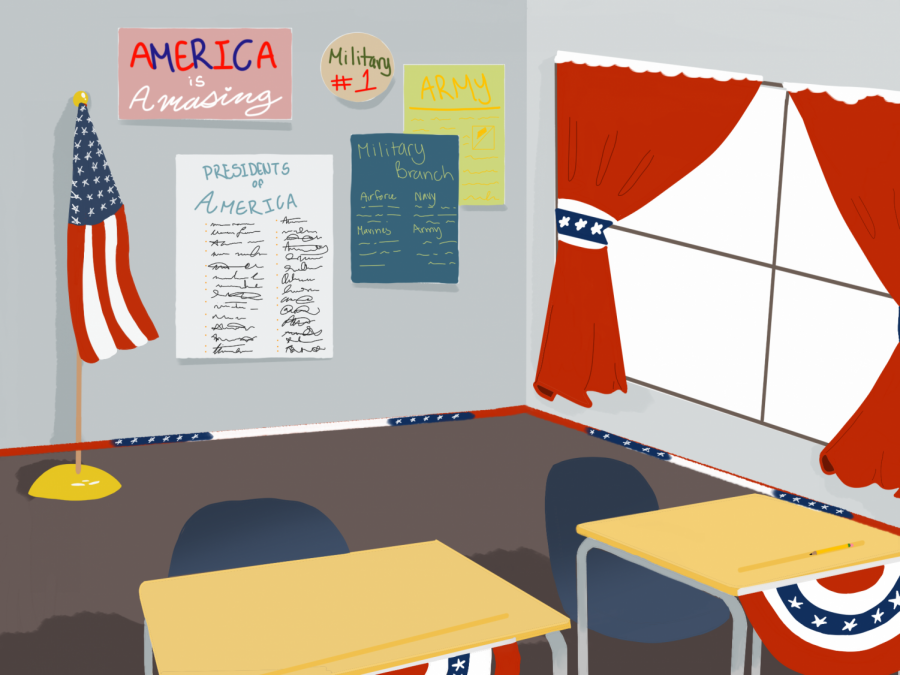 Although a patriotic education seems a little frightening, the whole plan is to discuss why the past is the way it is to American students and use that information to defeat hate which is a large part of 2020.

A national commission for a patriotic education was called for on Thursday, Sept. 17, 2020, from the National Archives Museum. President Donald Trump announces that he will be creating a new commission called the “1779 Commission,” whose main target will be to “restore patriotic education in our schools.” Trump claims that Democrats want to “bully American’s into abandoning their values, their heritage, and their very way of life” (Time). His belief is that the Democratic Party is full of anti-American Marxists which has become a core theme of his campaign.

The president’s speech mainly focuses on his claims that American schools have become contaminated with revisionist ideas of American history. Trump continues to say that it causes the propagation of “Marxist” activists and supporters of “critical race theory” who believe American society is structurally built on racism and oppression.

Trump then announced that the National Endowment for the Humanities “has awarded a grant to support the development of a pro-American curriculum that celebrates the truth about our nation’s great history” (The Daily Wire).

He calls The New York Times’ 1619 Project, which reframes the nation’s story around the consequences of slavery and the contributions of Black Americans’ “toxic propaganda.” The president states that the project “rewrites American history to teach our children that we were founded on the principle of oppression, not freedom.”

A Times spokeswoman, Danielle Rhoades Ha, describes the 1619 Project as “landmark, groundbreaking journalism” (The New York Times), saying the complete opposite of what President Trump claims. She continues to say that it deepens many reader’s understanding of our nation’s past and forces a crucial conversation to happen about the lingering consequences of slavery, and it’s an important contribution to America’s story.

This new curriculum would entail a “pro-American curriculum.” This is largely a political move – a response to a growing push by some academics for schools to teach American history “that better acknowledges slavery and systematic racism” (NPR).

Although Trump claims that America needs more of a patriotic education, many people disagree with him. One of those people is William R. Ferris, a professor at the University of North Carolina and a former chairman of the National Endowment for the Humanities, who criticizes the president for “treating historians just as he treats scientists – disregarding our very best voices who have written on American history and race.” Explaining that “creating a new commission that pushes for more of a patriotic education makes little sense” (The New York Times).

“We already have institutions like the National Archives and others that preserve and promote our nation’s history,” Ferris says. “I would encourage [the president] to request congressional support for the existing programs at the Smithsonian, the Library of Congress, the National Archives, and the National Endowment for the Humanities.”

On Twitter, historian Joanne Freeman talked about her thoughts on what the president was mainly trying to say on Thursday, writing that to “love a nation is to embrace it with all its complexity.”

Recent polls have also been taken into account which has indicated that a majority of Americans believe that acknowledging the nation’s historical flaws would make the U.S. stronger today.

President Trump directed administration officials this month to put a stop to or alter racial sensitivity programs that he deemed “divisive” and “un-American propaganda.” He even went as far as threatening to stop federal education funding to California over the state’s incorporation of the 1619 Project in its public school curriculum. Where do you stand in this controversial matter? And why?