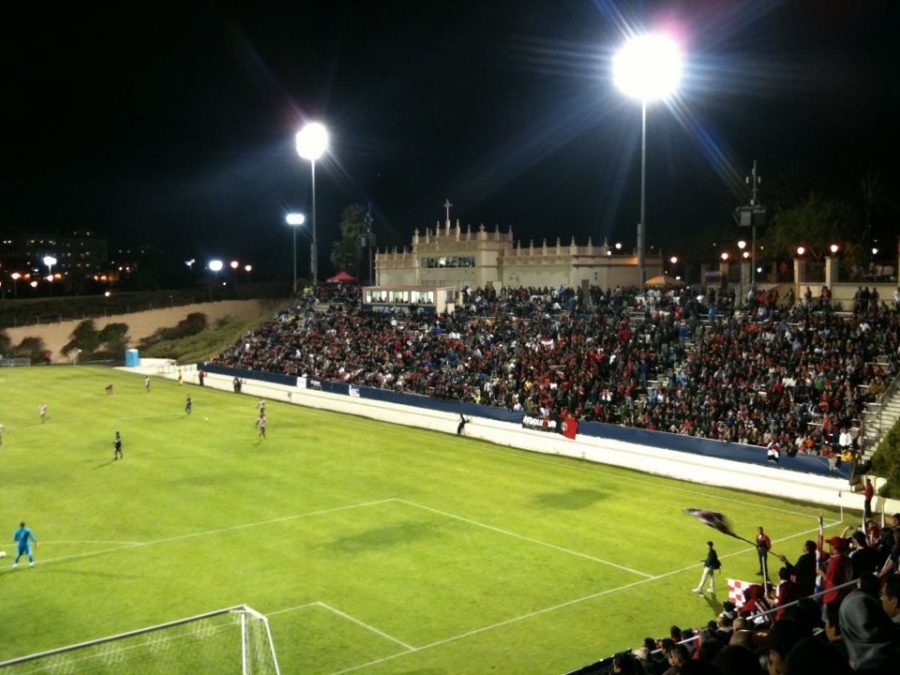 Torero Stadium located in the University of San Diego. This field was where the match and walk off occurred.

The soccer match between San Diego Loyal and Phoenix Rising ended prematurely after Loyal walked off the field in protest. Although leading 3-1, Loyal made the unanimous decision to forfeit. This forfeit cost the team a chance of reaching the USL Championship playoffs.

Loyal’s co-owner and manager, Landon Donovan, and Phoenix’s manager, Rick Schlantz, were seen having a heated discussion prior to the walk-off. Furthermore, Donovan was heard threatening that his players would not continue to play if Flemmings was not sent off.

The incident took place towards the end of the first half. Phoenix’s Junior Flemings allegedly used an anti-gay slur toward Loyal’s Colin Martin. The walk-off took place at the restart of the second half. Loyal kneeling while waiting for Phoenix to kick off before leaving the pitch. “They had my back and wanted to make a statement that we aren’t going to stand for this hate in our game,” Martin said.

A statement made by USL confirmed their awareness of the alleged slur and their investigation of the matter: “We are aware of the alleged use of a homophobic slur in tonight’s match between San Diego Loyal SC and Phoenix Rising FC.”

“Foul and abusive language of any type has absolutely no place in our society and will not be tolerated in USL matches,” a USL statement read. “An investigation is currently underway to determine the facts surrounding the incident and more information will be provided as soon as it is available.”

Brandon McCarthy, a co-owner of Phoenix Rising tweeted that Flemmings denied using the slur and sent out a statement saying they would investigate the claim.

This incident follows another incident a week prior. LA Galaxy’s Omar Ontiveros use of a racial slur in the match. Loyal decided to stand together and forfeit that match. “They made the decision to walk off and I have tremendous pride in this group and I am really proud of this organization and that I get to be a part of it.” San Diego Loyal stands as a whole on major problems and will take action if needed no matter the cost.