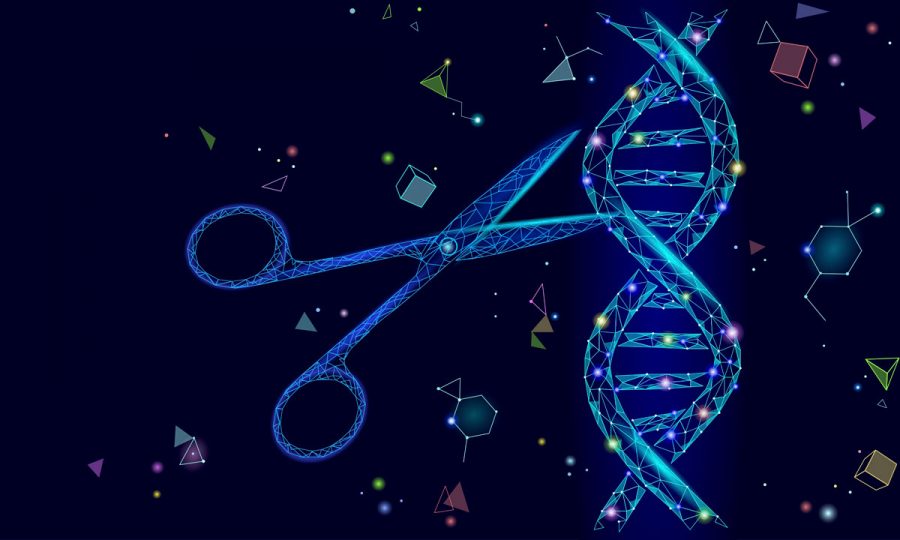 CRISPR-Cas9 is a gene-editing tool recently created by scientists with vast potential.

Imagine a world in which humans have superpowers and diseases no longer exist.

Well, believe it or not, that might actually be possible! Through the latest scientific work, scientists have been able to uncover CRISPR-Cas9, which are, simply said, genetic scissors.

But, what exactly is CRISPR, and what do its functions mean to the modern world?

CRISPR stands for clustered regularly interspaced short palindromic repeats (which is a big-mouth full, and thus comes the abbreviation CRISPR). The Cas9 part attached to CRISPR is a special protein that has unique functions to be discussed in further detail.

Now that we have the naming and abbreviation over, let’s get to the function of CRISPR-Cas9. To begin with it all, a major portion of this gene editing tool was discovered from bacteria.

When studying bacteria, Doudna and her colleagues noted that there were several short DNA sequences that were repeated. They figured that those short strands within the bacterial DNA were virus DNA.

It was then when scientists realized that bacteria use the Cas9 protein to “cut” DNA of an attacking virus as a mechanism of defense. The virus’ DNA is then stored in the bacteria’s DNA. Doing so helps the bacteria protect itself against the same virus if it were to attack again, but that is another long process.

Scientists realized the immense potential of this Cas9 protein, which has the ability to cut any DNA strand that it is directed to. After developing it further, scientists founded CRISPR-Cas9, which can be used in humans and other living things.

This discovery has so much potential: we have now gained the ability to cut out DNA genes that have mutations and replace them with the “normal” DNA. We can remove genes which destine a person to have diabetes and replace them with the normal (functional) gene. We can alter genes for hair color, skin color, health issues, and so much more! But with these great possibilities also comes great peril. CRISPR-Cas9 has so much potential that if misused, it can have considerable ethical issues.

These genetic scissors are the center of genomic editing and shed light on cures to genetic diseases and so much more.