The Pony Express • May 21, 2021 • https://chsponyexpress.com/2021/05/the-biden-administrations-involvement-in-the-israel-palestine-conflict/

The Biden Administration’s Involvement in the Israel-Palestine Conflict 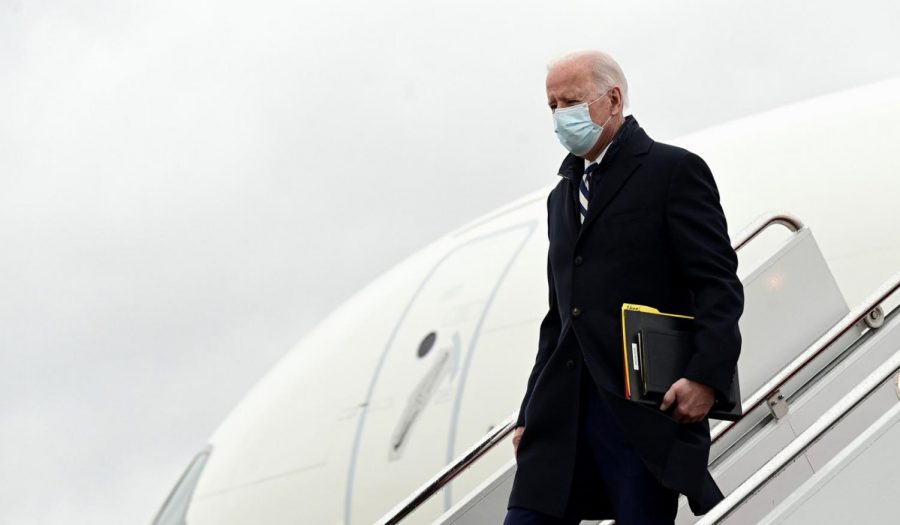 Recent photo of President Joe Biden exiting a plane on his latest travels.

President Joe Biden and his administration have received backlash in the last few weeks for avoiding involvement in the rising hostilities between Israel and Palestine. Their advocacy for neutrality and promoting de-escalation is a tactic many Americans are not happy with.

But first, what is the main issue that is fueling the Israel-Palestine conflict currently?

The conflict that’s been occurring for more than 70 years, has endured a multitude of blockades, wars, and smaller battles. For weeks, Palestinian protesters and the Israeli police have been feuding on a daily basis in, and around Jerusalem’s Old City, the home to major religious sites sacred to Jews, Christians, Muslims, and is the epicenter of the Middle Eastern conflict.

Even so, disputes began escalating a month ago, around the start of the holy Muslim month of Ramadan in mid-April 2021, with Israeli movements to block some Palestinian gatherings. Israeli police placed barriers outside the Old City’s Damascus Gate, a well-known gathering place during Ramadan that Muslims go to after the evening prayers. Restrictions eased later on, but tensions over plans to evict dozens of Palestinians from an East Jerusalem neighborhood of Sheikh Jarrah fueled confrontations once again.

Tensions have become increasingly high between Israel and Palestinians living in East Jerusalem, Gaza, and the West Bank. More recently, rockets were launched out of Gaza and Israel destroying the territory with airstrikes on Wednesday, with Gaza’s death toll of 227, including 64 children and 38 women. Israel’s death count remains a little over 12 people.

Now, what has the Biden administration exactly done and said thus far?

President Biden and his national security advisers have tried to avoid taking sides in the crisis. On Wednesday, the president spoke with Israeli Prime Minister Benjamin Netanyahu. Live updates from CNBCTV18 say that Biden told Netanyahu on a phone call that he expected “significant de-escalation” of the fighting by the day’s end, according to the White House.

Still, the prime minister refuted with a public statement that he was “determined to continue” the Gaza operation “until its objective is achieved.”

As the brutal Israel-Palestine hostilities continue on to the tenth day, over 130 Democrats of the U.S. House of Representatives and dozens of progressive Democratic officials have urged President Biden to call for a ceasefire between Israel and Gaza’s Hamas militants.

This week the U.S. rejected a proposal by the U.N. Security Council that would have expressed concern for civilian deaths and raised the issue of a ceasefire.
Although many Americans hope Biden will take action, considering he’s shown public support for equal human rights, Biden’s decision to avoid getting involved in the foreign dispute has remained consistent. Unfortunately, the state of Palestine may never be the same as their home and people have become scarred and damaged at the hands of Israeli occupying powers.